B.C. officials try to ease fears over radiation from Japan 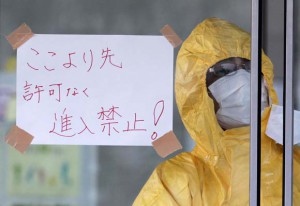 Provincial Health Officer Dr. Perry Kendall said there is no expected health risk from the radiation, in a statement released Monday.

Kendall noted that nuclear particles would take five to six days to reach B.C. from Japan, by which time it would be so dispersed it would not be considered a health risk.

“Based on present information, we do not expect any health risk following the nuclear reactor releases in Japan, nor is the consumption of potassium iodide tablets a necessary precaution,” he said.

Kendall also said there have been reports of a run on sales of the tablets, which can protect the thyroid gland from high-levels of radioactive iodine 131.

But he stressed that pharmacies do not need to stockpile the tablets, nor do people need to take them.

B.C. officials are in contact with Health Canada and other U.S. and world health agencies to monitor radiation levels, said Kendall.

He said as of Monday, there have been no reports of nuclear particles from the facility in Japan reaching the west coast of North America.

Japan’s nuclear safety agency says a third explosion in four days at the earthquake-damaged nuclear plant may have damaged a containment vessel and a radiation leak is feared.

This entry was posted in The Blog and tagged BC, exposure, radiation. Bookmark the permalink.